For Saturday, really, which is the kind of thing that he would never get wrong – but since I was, if not actually at sea, in trains and buses and foreign parts for a large part of the weekend, he would hopefully forgive me for being late.

And since I was in Northumberland I now have Collingwood beer, for the first time in a while. They’ve changed the label again – I think this is the third one. 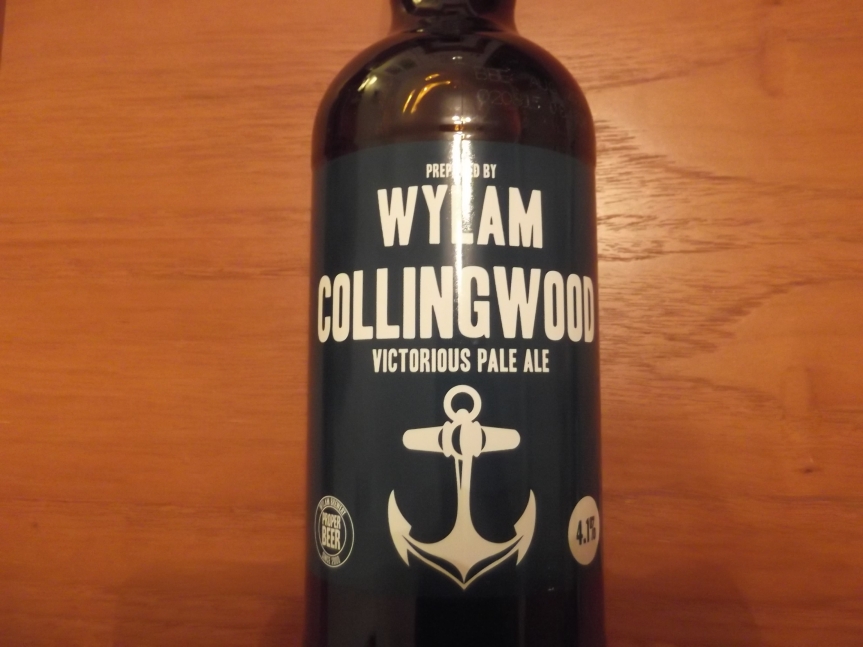 I quite like it as a design – nice and simple – but I think I liked the monument ones better. Still good beer, though!

I like having adventures. I like stories from the Age of Sail. Sometimes the two things combine.

Expect Collingwood, other seagoing heroes from the south of Scotland and north of England, pretty Georgian buildings, harbours and rivers, plus Patrick O’Brian, CS Forrester, and whatever else I get round to reading.